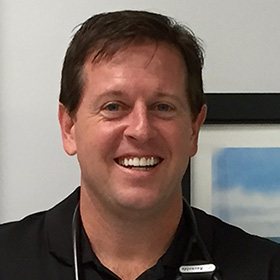 Dr. Reynolds graduated from the University of Georgia College of Veterinary Medicine in 1997. After vet school he moved to Charleston, SC and practiced in the Lowcountry from 1997 to 2002. In September of 2002 he opened Central Veterinary Hospital in Summerville, SC. Central Vet Hospital has grown steadily, and Dr. Bostian joined the staff in 2006.

Dr. Reynolds is from West Virginia and received his undergraduate degree from West Virginia University before heading to Georgia. He currently lives in Summerville with his wife, Amy, and three children (Taylor, Paige, and Harrison). When he’s not working or enjoying family time, he can be seen playing tennis, golfing, or exercising his three dogs.